Top 6 New Programming Languages Must be Know It

We live in a time where technology is rapidly evolving. Developers have a thriving job market, with over 500 programming languages in use around the world. All languages have advantages and disadvantages, and their implementation is becoming increasingly application-specific.

Skilled programmers are not only aware of how to code, they know how to tackle a complicated problem with their brains and create effective code to solve it. Although most programming languages can perform most tasks, each has its own set of advantages and disadvantages. Knowing several languages is beneficial because you will not be able to achieve the same results with each one. You would have a larger depth of knowledge and be more likely to be able to solve complex problems quicker more effectively if you learn more languages. 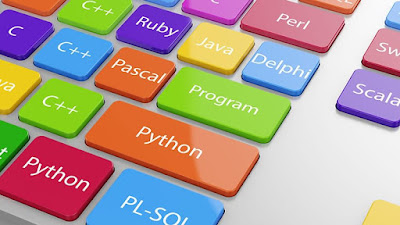 Go is a C-style language developed by Google engineering leaders and is one of the core languages. Go is a perfect low-level language for developers who want to work in the area of systems programming. It has a lot of the same features as C and C++, but without the complicated syntax and steep learning curve. It’s ideal for creating web servers, data pipelines, and even machine-learning applications.

What started as a Harvard student’s thesis has evolved to become a source of fascination for front-end developers all over the world. Elm collates to JavaScript, making it suitable for creating UIs that run quickly and with no errors. Elm is a functional programming language that lets developers build client-side frameworks without having to deal with the declarative aspects of HTML and CSS.

Julia is a high-level programming language for computational science and numerical analysis. It comes with a large mathematical feature library, a parallel and distributed execution program, a sophisticated compiler, and numerical precision. Julia is intended to overcome the limitations of Python and other computational programming and data processing languages and applications.

Microsoft maintains TypeScript, an open-source static type framework designed on top of JavaScript. TypeScript is an object-oriented language that was developed to extend the functionality of JS. It is a superset of JavaScript. Developers can find it simple to write and maintain code using this language. To avoid runtime bugs, the Typescript compiler tests for type discrepancies and filters out compile-time errors. It’s also systematic and easy to grasp. Its extensive toolkit speeds up application growth.

According to Builtin, even if you’re fluent with Python 2, Python 3 will come with some surprises. It diverges significantly from the last version, Rogers said. So, why make the switch? Python 3 has more intuitive code, with better type safety. The differences between binary code, Unicode, and plain text are easier to parse. It also comes with new commands like Asencio, which cuts down on threading issues, and concurrent futures, which launches parallel tasks.